Today the world was given its first look at Rogue One: A Star Wars Story via an official trailer for the film which is set to release on December 16, 2016.

Rogue One is a film which takes place between Star Wars Episode III and Episode IV, showcasing the story in which a group of rebel fighters join together to steal the Death Star plans. It’s a story that fans of the Star Wars films are somewhat familiar with, but one we generally know no real details about. We are aware that the rebels gained access to the Death Star plans, leading to its destruction in Star Wars Episode IV: A New Hope but we don’t know who did it or how it was done in detail. This film will be the first in the series that is not numbered and which doesn’t revolve around the battle between the Jedi and the Sith, making it the first official Star Wars “spin-off” film. 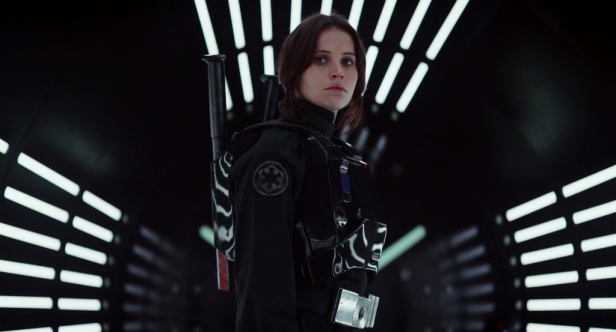 This trailer introduces us to some of the films main characters, mainly its lead Jyn Erso who is played by Felicity Jones. Of course this raised many an eyebrow across the internet as the sexist minority instantly griped about “yet another” female lead, as if Disney is pushing some sort of political agenda upon us rather than creating a new female lead because, well, why not? Despite the misogynistic outcry over another woman taking on “a man’s role”, many people were instantly intrigued after watching the trailer for Rogue One. Social media outlets such as Twitter and Facebook were alive with joy and fascination for Rogue One within moments of the trailer being released. 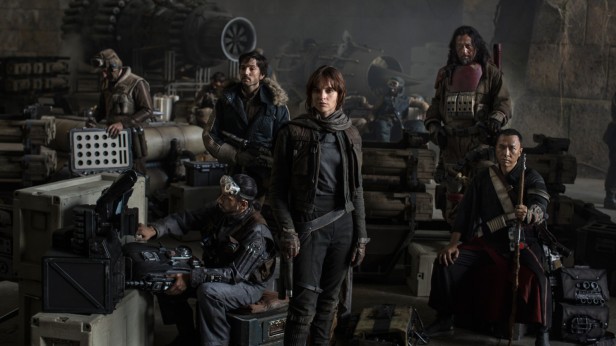 Aside from seeing Jyn in the trailer we also see plenty of other characters such as a Mon Mothma, who was previously seen in Star Wars Episode IV, and other members of the rebel fighters. The film boasts an incredible cast of actors including Donnie Yen, Alan Tudyk, Mads Mikkelson, and Diego Luna, among others. Most of all we see a different tone than we typically see in Star Wars films. Rogue One will seemingly feature a more gritty storyline with characters who don’t follow the typical “hero/villain” archetypes. Jyn, for example, is described as reckless, aggressive and undisciplined from the get-go, making her seem like the type of character who has many flaws. She is unlike any main character we’ve seen in a Star Wars film and the tone of her character seems to follow through the rest of the film, if this trailer is any real indication of the Rogue One’s overall theme, that is.

Of course, this is the first trailer we have seen and there are undoubtedly more details and trailers to come throughout the year. I’ll definitely be keeping my eyes open for more content in regards to this film as December crawls closer. As far as first impressions of Rogue One: A Star Wars Story go, you can color me officially impressed.

4 thoughts on “Rogue One: A Star Wars Story – First Look”