I was lucky enough to get my hands on Nintendo’s brand new console – the Switch – on the day of its North American debut last week as well as The Legend of Zelda: Breath of the Wild (henceforth being referred to as BotW) and I have a lot of thoughts about both products! This console release marks the first time I have bought a Nintendo platform on release day as well as the first time I’m ever pre-ordered a Nintendo product. Historically, the only console I have ever pre-ordered and purchased on release day has been the PlayStation 4, so this was a pretty big step for me.

I’m admittedly not a huge fan of Nintendo. I grew up on the NES and SNES consoles and loved the original Gameboy, but since I was a small child I haven’t been very up to date on Nintendo products. I mean, I’ve never even owned a Gamecube for crying out loud. However, the Switch caught my eye and much of that was due to the game line up that has been announced thus far plus the inclusion of third-party software support. So my husband and I pre-ordered a Switch and I have been having a blast with the console as well as with BotW, so let’s jump into my initial impressions of these products. 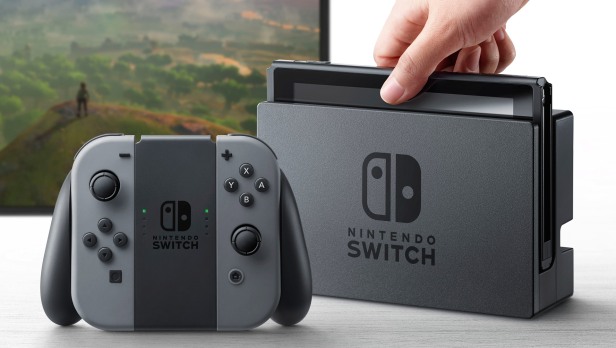 You have probably never seen me singing praises for Nintendo in the past but you may see me doing so now. While I was never a fan of the Wii and don’t use my Wii U or 3DS very much, I do have to say that – if nothing else – Nintendo has been ahead of their competition when it comes to innovation. Their platforms haven’t been focused on technological prowess or out doing their competitor’s hardware in terms of graphical superiority, framerate, etc., but they have excelled in offering up innovative technology.

The Wii’s motion controls were a first in console gaming, for example, and the Wii U’s gamepad was a first as well. While it was criticized for not being “as good” as the PlayStation 4 and Xbox One, hardware-wise, you can’t deny that the hybrid console and gamepad mix the Wii U offered was something new and unique, and while it wasn’t perfect it was still very innovative. The Switch is no different in its goal to bring that same level of innovation to console gaming – and then some.

The Switch console is completely unique in its design. This is the first non-handheld console that is tablet-like in appearance and completely, self-sufficiently portable. It has its own screen, it’s small enough to travel with and can be played literally anywhere. At first I didn’t really think much of this but after getting some hands-on time with the Switch I realized just how practical and cool it is to be able to play any game anywhere. When I’m at home I simply dock it and play through my television like any other platform but if I’m on the go I can easily store it in my purse and play whenever, wherever. It’s truly impressive! 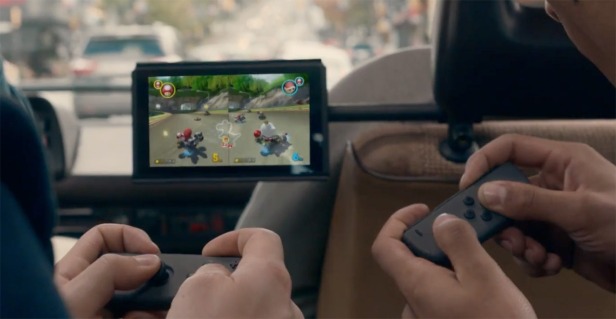 My husband just took the Switch with him on his business trip to New Jersey and told me all about how he was able to play BotW on the plane with no issues and had a ton of fun. He brought a HDMI cord with him and has been able to play on the hotel TV as well. The versatility and portability offered with the Switch is definitely a major selling point and it’s done in such a practical way, showcasing yet another example of Nintendo’s aptitude for innovation. Some of the other features I really like include the simplicity of the system’s main menu, the screenshot and sharing abilities, and the HD Rumble feature in the Joy-Con.

It’s a brand new platform and so I wont go on and on about my short experience with the Switch thus far but I want to emphasize just how impressed I am with this console. It blows my mind how cool this thing is and honestly I’m really looking forward to seeing what they do with it throughout its lifetime. The idea of being able to play all these games (both Nintendo titles as well as third-party titles) anywhere is really exciting!

The Legend of Zelda: Breath of the Wild

Wow. This game is wonderful! BotW has a whopping 98 on Metacritic and that is well deserved score. The Legend of Zelda game series is pretty good at putting out iconic titles such as Link to the Past, Ocarina of Time, Majora’s Mask, Wind Waker and Twilight Princess. This game tops all of these previous titles, in my opinion, and brings something entirely new and amazing to the classic series: an open world. Not the type of open world we have seen in some other titles, The Legend of Zelda series has featured some pretty large-scale worlds in the past, but a truly open world more along the lines of an Elder Scrolls game.

This open world is so vast and full of side quests, exploration and danger. Features of the game such as the ability to scale any cliff/mountain/wall etc. via climbing, breakable weapons, armor/clothing with stats, new special powers to use in combat and exploration, and much more make the experience feel new and exciting. There are so many nooks and crannies to explore, different races to come across, travelers to help out, enemies to beat up and wild horses to tame. That’s right, you can tame and ride wild horses. How awesome is that? Who knew that an open world game where I could tame and ride wild horses was exactly what I needed in my life? I sure didn’t but here we are, not even a week later, and I feel as though I’m having withdrawals because my husband has the game with him on the other side of the country.

BotW is a marvelous game thus far. To be honest, I’m not too far into the main quest, I just got to where things sort of open up and now I’m just meandering about the land, exploring shrines and helping random people. Aside from the open world, this game has tons of other great features to offer that keep one intrigued and having fun. One thing I personally love is being able to shop for new clothes and then go dye them so that I have color coded outfits. I know, I know. I’m pretty weird. Video games that allow me to choose my own outfits and offer a wide variety of stylish choices are my thing. I have an odd fascination with spending all of my rupees on clothes I don’t need so that Link can look 100% fabulous. Don’t judge me.

Basically, in the relatively short time that I have been playing BotW, I’ve been having such a blast. It’s funny because, if I’m being honest, I didn’t think I’d care about this game very much. It didn’t truly pique my interest until I actually played it. That’s common for me as the exact same thing happened with Overwatch and now I’m addicted to that game. So here I am, in love with this game, and singing its praises to anyone who will listen. I’m just one voice among all of the other voices who are also singing its praises because this game is wildly loved by critics and players alike. So yes, I highly recommend this game regardless of whether you get it on the Switch or the Wii U. The Legend of Zelda: Breath of the Wild will make history; this game will go down as one of the best games of this generation and because of that you owe it to yourself, gamer or not, to play and enjoy it.